Jesus, the Essenes, and Christian Origins - in Reading Religion 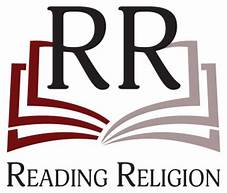 In a 1955 article for The New Yorker, literary critic Edmund Wilson drew attention to the recent discovery of the Dead Sea Scrolls, clearly identifying the Scrolls with the Essenes and noting “the resemblance of the Essenes to the Christians.” Wilson suggested that Jesus could have been a member of the Essenes, and that the Essene monastery at Qumran may have been the “cradle of Christianity.” Wilson thought that the Scrolls revealed the spiritual beliefs and practices of an historical movement that “nourished a leader who was to transcend both Judaism and Essenism, and whose followers would found a church that was to outlive the Roman Empire.” Wilson also thought that he sensed a “fear that the uniqueness of Christ is at stake” among Christians and noted the theological "tension" surrounding the the Essenes as "a dissident branch" of Judaism.

A recent review of my new book, Jesus, the Essenes, and Christian Origins, for Reading Religion illustrates the reluctance some scholars hold toward affirming the conclusion that there was historical contact between Jesus and the Essenes. Aryeh Amihay (a scholar of Jewish law at UCSB), describes my book as "a forceful argument in favor of an actual connection and familiarity between Jesus and the Essenes.” While he admits that "one of the more compelling examples" of influence between Jesus and the Essenes is how the Jesus of Matthew 11:4-5 // Luke 7:22 lists the eschatological blessings performed during his ministry in similar ways to the Dead Sea fragment known as 4Q521 - he doesn't conclude that this "compelling example" of "connection and familiarity" compels him to agree that there actually was contact between the two scribal traditions.

Instead, the reviewer focuses on (in his own words) "other parallels" that are "less compelling," thereby skipping over numerous indicators of cultural proximity, including Jesus and the Essenes' similar arguments about marital law, their shared affirmation of celibacy, and their innovative interpretations of sacrifice and the Temple. The reviewer thus fails to engage the holistic framework of this comparative study. Focusing his attention on an obscure, text-critically difficult, and historiographically intractable Jesus-saying in the Gospels in which Jesus criticizes Pharisees for being willing to rescue animals, but not allowing him to heal on the Sabbath (Matthew 12:11/(Q) Luke 14:5), the reviewer ignores the fact that Jesus' position disagrees with known Essene tradition. Instead, he proposes that this particular passage can be read in a different way:

"Joseph sees this as a sign that Jesus was familiar with the Essene law and ‘explicitly
contradicted’ it (114). However, there are at least two further possibilities,
both more plausible to my mind. First, the decree in the Damascus Document could
be proof of an alternate practice that the Essenes decried. Jesus could simply refer
to the more widespread practice with no awareness that some group opposed it.
More importantly, the text does not necessarily mean that Jesus considers this
the correct practice. The rhetoric in these verses might be compared to Jesus’s
statement in John 8:7. Jesus does not condone adultery there, nor does he reject
the decree that adulteresses should be stoned. He merely protests the hypocrisy
of those who seek to punish others rather than attending to their own sins (in keeping
with Matthew 7:1-5 and Luke 6:41-42) [re: Judging Others?]. Read this way,
the text, at least in Luke 14:5, may not even claim that it is legitimate to rescue
an animal on the Sabbath, but rather to underscore the hypocrisy of his critics.”

While Amihay rightly notes that Jesus does not need to have known about the Essenes' ruling on animal rescues on the Sabbath in order to criticize "Pharisees" for doing so, the problem is that there is no evidence that Pharisees were doing so. Rather, it seems to presuppose what some ordinary, non-sectarian Jews might have been doing. Consequently, Amihay must posit an undocumented "alternate" folk-tradition pre-dating the Damascus Document in order to invent a different cultural context for Jesus' position. And while Amihay may see this as a "plausible" suggestion, there is no need to multiply hypotheticals that we don't have evidence for (some "alternate practice") to dismiss the textual data that we do have (the Damascus Document). The Essenes could have objected to another Jewish tradition, but we simply don't have any evidence of this.

Amihay suggests that Jesus could have agreed with the Essenes in forbidding an animal to be rescued on the Sabbath and that a "more plausible" explanation is that Jesus was criticizing Pharisaic "hypocrisy." But again, this saying does not correspond to Pharisaic practice, so Jesus could not have been criticizing Pharisees for something they didn't do. Amihay suggests that the Gospels misrepresent Jesus by portraying him as more lenient about the Sabbath than he was, but the rhetorical point of this saying presupposes its permissibility. If Jesus agreed with the Essenes and disapproved of rescuing animals suffering on the Sabbath, then the evangelists certainly have a funny way of showing it!

Amihay misses the point of my comparison. I begin my discussion by stating that “it would seem . . . that Jesus explicitly contradicted a Qumranic halakhic ruling” (114). Amihay misreads and misrepresents this as my conclusion. No. I don't think that Jesus was familiar with the legal rulings, let alone had a physical copy, of the Damascus Document. The point is that Jesus' assumed position (that it was permissible to rescue an animal on the Sabbath) contradicts known and documented Essenic thought. This conclusion does not require direct contact between Jesus and the Essenes, only ideological difference. If Jesus objected to rescuing animals on the Sabbath (as Amihay implies), the Gospels are silent on the matter and argue otherwise.

Jesus and the Essenes lived in the same region at the same time. They were both critical of the Temple. They were both engaged in legal controversies with Pharisees and Sadducees. They both looked forward to a new age. They both shared a mutual devotion to the Torah, extended social networks based on ethnicity, ancestral customs, a common language, and deep-seated loyalties to the land and the deity inscribed in their sacred texts. Given this confluence of chronological, ideological, geographical, terminological, organizational, and legal correspondences, it seems far more plausible that such creative interaction simply was part of the complex and dynamic world that was Second Temple Judaism. To imagine otherwise - that these two coexisting Jewish groups somehow managed to completely avoid knowing each other for decades - defies reason.