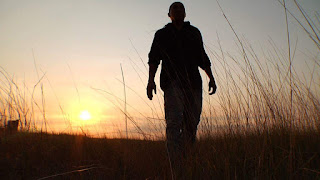 The Lakota (Sioux) word "wakanyeja" means "sacred seed." It is the Lakota word for children. The Lakota language uses the word wakan to describe anything holy, mysterious, powerful, and/or incomprehensible. In Lakota religion, the word wakan refers to the animating life-force of the world, the universe, and the cosmos. It is imperfectly translated as "sacred," even if it is sometimes synonymous with what is generally regarded as "sacred" in the English language. For example, the Lakota word for the English/Christian concept of "God" is Wakan Tanka, which is generally translated as "Great Spirit" but more appropriately and accurately understood as "The Great Mystery."

A Lakota "medicine man" is sometimes called a wicasa wakan, or "holy man" because they represent, utilize, and embody the "mysterious" powers of the spirit world. The Sacred Pipe is called the Chanunpa wakan, because it is the conduit between the natural and the spiritual world(s). The Lakota word for "horse" is sunkawakan or "powerful dog" because it was introduced by the Spanish and dramatically transformed the Lakota way of life. The word wakan can also describe a powerful, but not necessarily benevolent force. For example, the Lakota word for alcohol, mniwakan, refers to how this "powerful water" radically changed how people thought and behaved. The devastating (after-) effects of alcoholism on Indian reservations are well known today and it is the children - so often forgotten - who have to live in the after-life of colonization. Yet their purity and innocence endures in the Lakota word wakanyeja - "mysterious, holy, powerful, incomprehensible, sacred seed" - remembering the purity and innocence of children.

Please take a moment to look and listen to the beautiful, haunting, melancholy melody of "Wakanyeja" as sung by my brother Tee Iron Cloud which I co-produced for The Mitakuye Foundation and experience the enduring spirit of these "sacred seeds."