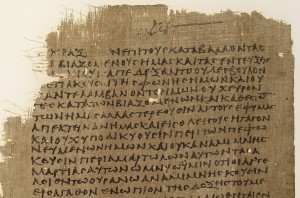 "Questioning Categories and Shifting Paradigms in the Study of Second Temple Judaism and Christian Origins" - just published in Marginalia.

Posted by Simon J. Joseph at 10:40 AM
Email ThisBlogThis!Share to TwitterShare to FacebookShare to Pinterest 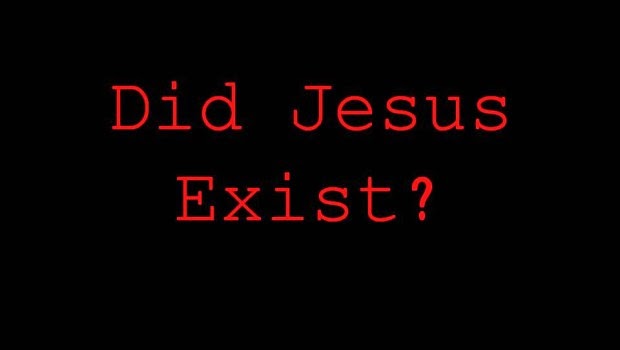 I was intrigued when I heard that the Society of Biblical Literature's Pacific Coast Regional meeting was going to hold a session on Richard Carrier's book, On the Historicity of Jesus. The debate over the historicity of Jesus has a long history in New Testament scholarship, but in recent years, the idea that Jesus was a myth invented by early Christians has resurfaced with a vengeance. This recent upsurge in Mythicism - although largely confined to online communities - provides us with an opportunity to examine how scholarship and authority actually function within the academy.

In scholarly discourse, one’s audience is other scholars. The goal is to persuade and convince one's colleagues. That is why academic scholars tend to frown on “popularizing” books – primarily because they appeal to a different audience and require a different tone, content, and rigor. Academic and popular books belong to two different genres and speak to two different audiences. This distinction between scholarly and popular writing is important because many Mythicists do not seem to operate within the standard conventions of academic discourse – that is, as scholars among scholars. This also explains the disconnect between Mythicist claims and the academic community's apparent disinterest in those claims, a disconnect that tends to result in hostile rhetoric between what appear to be two opposing camps.

If it seems like we are just talking past each other, it may be because we are.

Some people may favor Mythicism for its explanatory power as an historical theory. But many fans and followers of Mythicism represent communities of disbelief, a loosely-defined movement eager to defeat the demons and dragons of dogma, defy the false prophets of consensus scholarship, and proclaim the Good News of a Godless world. Yet the fact that atheistic interests are so prominent in this movement is problematic. Why? Because historical criticism neither affirms nor denies the existence of God. Since the rise of scientific history during the Enlightenment, the adoption of methodological atheism has been a virtual truism in critical scholarship. But when methodological atheism turns into ontological or evangelical atheism, it becomes ideologically biased.

With few exceptions, most Mythicists are not trained scholars, do not hold university positions, and do not publish in peer-reviewed venues. Many Mythicists attempt to turn this intellectual liability into a strength by insinuating that the field of biblical scholarship is dominated by Christian apologetics or covert Christian traditions that have systemically infected the discipline. That is what makes evaluating Mythicist claims simultaneously fascinating and frustrating – fascinating because they bring fearless insights and interpretations to bear on the field; but frustrating because they are often delivered by outspoken critics of the academic guild of biblical scholarship.

The academy has learned to accommodate ideological activism, but few scholars today would claim that their work is scientifically "objective." And in so far as Mythicists very much want Jesus to be a myth, they are biased in favor of a Mythical Jesus, and predisposed towards that very result. I myself am biased in favor of an historical Jesus. That is, I think he actually existed. This is a bias I share with the vast majority of biblical scholars, although I tend to think of it as a logical, rational conclusion. I like to think that I am open to re-interpreting the evidence in light of new research, but I am self-consciously aware that I view the question through a particular lens. While one’s interests - be they historical, theological, or anti-theological - can and perhaps should be bracketed in one’s scholarship, postmodern historiography regularly acknowledges authorial bias. This requires readers and reviewers to independently assess whether a particular worldview is affecting judgment and rendering questionable conclusions.

The fact that an SBL regional meeting was hosting a review and discussion of Carrier's book was intriguing. Richard Carrier is one of the few exceptions among those who doubt the existence of Jesus in that he is a Ph.D. in Ancient History. His book, published by a respected university press, marks a milestone in the history of Mythicism. It is certainly the most vigorous effort yet to challenge the so-called “Historicist” position. To be honest, I didn't expect to see much productive discussion between Carrier and his respondent, Kenneth L. Waters, Sr.. Waters, after all, is an Azusa Pacific University professor, ordained minister, and former pastor and Carrier is an avowed atheist. While I expected them to talk past each other, I was curious to see how the formal setting of an SBL meeting might influence the discussion on this controversial topic, especially since Carrier's online critiques have been noted for their polemical tone. After all, if the Mythical Jesus theory reflects a dispassionate interest in the historicity of Jesus, then it is subject to the same academic rules of engagement: review, critique - and possible rejection - in whole or in part. A scholar’s arguments may not convince their colleagues, but it is this submission to the rules of engagement that makes scholarship a discipline.

Carrier was clearly aware that he was not preaching to the choir. He summarized his central thesis - that Jesus originated as a celestial myth about a crucified dying-and-rising savior god. According to Carrier, "Jesus" never existed except as an imaginary celestial being who telepathically communicated and appeared to hallucinating “disciples.” The figure of “Jesus” was then historicized via a process known as “Euhemerization.” Carrier assumes a formidable burden of proof in arguing against the consensus of scholarship on multiple fronts. He dismisses Josephus’ references to Jesus. He reads Paul’s Jesus as exclusively celestial. He denies that Jesus had a brother named James. He dismisses the Gospels as historically useless. He denies the existence of Q. He dismisses the criteria of authenticity as completely invalid. And he claims to have found evidence for a pre-Christian Jewish celestial Dying Messiah tradition. Any one of these contested claims – if established - would alone be a significant contribution to scholarship. But to combine them all at once while calling for a fundamental paradigm shift in Jesus Research and historical methodology is to court controversy and, well, rejection.

Unsurprisingly, Waters was unconvinced. He rejected Carrier’s argument about James as “untenable” and insisted that Paul’s reference to Jesus being “born of a woman” was a typical example of Pauline thought “habitually and typically” conflating history and allegory. Waters pointed out that there is simply no evidence of “a crucified Celestial Christ in any literature” and criticized Carrier’s use of “relatively obscure texts” (like the Ascension of Isaiah and Philo) to construct his celestial Christ myth. He dismissed the idea that various “Mediterranean fables” provide compelling similarities to Jesus and pointed out that we have no evidence of any Christian or non-Christian critique of a Mythical Jesus. Carrier responded by pointing out that we don’t have enough evidence to falsify this argument from silence, noted that Waters didn’t provide any evidence of Jesus' historicity, and accused him of “ignoring” the scholarship on the Ascension of Isaiah and getting Philo “all wrong.” According to Carrier, Waters’s emphasis on the differences between Jesus and the savior gods of antiquity was simply “terrible methodology.”

In the end, the audience asked questions, nothing was resolved, and we all went home. This was not an attempt for two ideologically opposed world-views and thought-systems to engage the other and negotiate common ground. No, it was two ideologically opposed world-views holding their own ground in parallel universes with "Jesus" as the central site of discursive conflict, illuminating once again, that "Jesus" is cultural capital in ideological struggles for power. But that's a post for another day.
Posted by Simon J. Joseph at 2:26 PM
Email ThisBlogThis!Share to TwitterShare to FacebookShare to Pinterest
Newer Posts Older Posts Home
Subscribe to: Posts (Atom)