Jesus, Q, and the Dead Sea Scrolls in RBL! 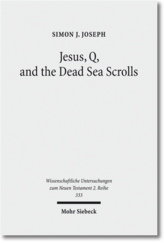 The Review of Biblical Literature just published a review of my book, Jesus, Q, and the Dead Sea Scrolls (Mohr Siebeck). Many thanks to Dr. Michael Labahn for the many kind comments. The review is in German, but he calls it a “carefully structured” (“sorgfaltig strukturierten”) study that displays “great erudition and knowledge” (“eine große Belesenheit und Kenntnis”), presents “new arguments and fresh methodological approaches” (“neue Argumente und frische Methodenansätze”), and “sets new standards” (“setzt neue Akzente”) in identifying the sociological and geographical location of Q.

Posted by Simon J. Joseph at 7:34 PM
Email ThisBlogThis!Share to TwitterShare to FacebookShare to Pinterest 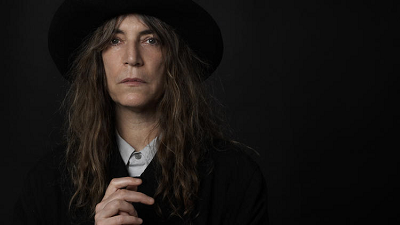 Patti Smith begins her cover of "Gloria" with the line "Jesus died for somebody's sins but not mine," giving voice to an entire generation of punk. She wrote the song at the age of 20, based on an earlier poem called "Oath" - in reaction to her Jehovah's Witness upbringing. It's an in-your-face rejection of the central theological claims about Jesus, a kind of "keep your Christianity to yourself, thank you very much." Smith was invited to perform at the Vatican Christmas concert in Rome, despite various objections from conservative Christian quarters that she (and/or her music) was "blasphemous." Smith has since reaffirmed her "belief" in Jesus, explaining that "Gloria" reflected more her desire to be "free" of Jesus (and the Church) than any particular negative interpretation of Jesus per se. She has also explained her "mixed feelings" about religion in a Rolling Stone interview, clarifying that while she thinks "there is good in all religions," it has been "so corrupted and so infused with power" that she doesn't have "interest in any of it," preferring to focus her interests instead on "the human condition." As she recently told The Huffington Post, her "ideas of Jesus and his teachings have evolved through the years."

Today Smith regards Jesus as "a revolutionary," a man who "gave us the simplest and greatest ideas: to love one another, making God accessible to all men, and giving people a sense of community." Smith has gone on record praising the aesthetics of religion and the Catholic pageantry of incense, prayer, and smoke and has even - on at least one occasion - changed the lyric to "Jesus died for somebody's sins, why not mine?"

Has Patti Smith come back to Jesus? I don't know if she's on board with blood atonement theology (where Jesus dies to save his followers from the wrath of God) - or whether she's given much thought to the theological complexities of the tradition, or thinks that Jesus was a violent "revolutionary," but I doubt it. What I do know is that she's not about to let anyone define her based on a song she wrote 45 years ago. Yet it is this very ambiguity between Smith's disaffection with religion and the Church as institutions and her outspoken love for Jesus that speaks volumes and strikes chords for so many, reflecting widespread sentiments with those who self-identify as "spiritual, but not religious." While Jesus may have been a great guy, his followers have caused a lot of problems. Here the common refrain and chorus is not "what would Jesus do?" but "Jesus, save us from your followers."

If the poet-artist's role is to register our social paradoxes before most of us are even aware of them - like the proverbial canary in the coal-mine - then Smith's ambiguous reverence for Jesus may well represent a cultural touchstone. In her own idiosyncratic way, Smith forges a path of salvation - a salvage operation trying to rescue Jesus from the Man. In doing so she reveals both our deep-seated disaffection with religion-as-an-institution and our inability to let go of the teacher from Nazareth. In the end, what Patti Smith reveals - in her wrestling with tradition and renegade angelic rebellion - is how "Jesus" changes with our changing perceptions of religion, God, and the Church. The work of this long-haired hippy-punk gritty earth-goddess grandmother is rife with biblical allusions. For anyone with ears to hear, Smith's defiance of authority - whether expressed in songs that skirt the intersection of poetry and politics ("The People Have the Power") or lyrics that challenge the core convictions of Evangelical faith ("Gloria") - is itself informed by prophetic visions of a Golden Age of peace and prosperity for all. In other words, the very best parts of the biblical tradition. 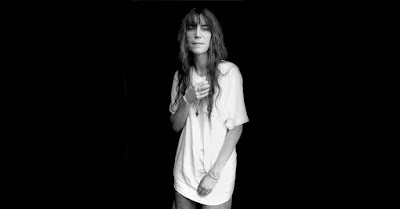