Jesus, Q, and the Dead Sea Scrolls in JTS!

Alan Kirk reviews Jesus, Q, and the Dead Sea Scrolls in the Journal of Theological Studies:

"This volume constitutes an important contribution to Q scholarship, confirming that Q's origins lie at a time and a place in which the Jesus movement, or a branch of it at any rate, has not fully differentiated itself from the Palestinian Jewish milieu. Joseph's work will move research in this direction forward in a number of important respects."
Posted by Simon J. Joseph at 7:09 PM
Email ThisBlogThis!Share to TwitterShare to FacebookShare to Pinterest 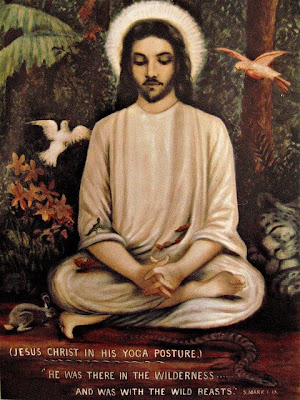 A few years ago I published an article in the Journal of the American Academy of Religion called "Jesus in India: Transgressing Social and Religious Boundaries." It's about a late nineteenth century text - The Unknown Life of Jesus Christ - alleged to be the translation of an ancient Buddhist manuscript referring to Jesus living in India during his lost years. While the legend is generally ignored by biblical scholars - largely because the text appears to be a nineteenth century forgery - the circumstances behind its composition are fascinating and it has played a major role in the teachings of East Indian spiritual leaders and within the New Age movement.

Posted by Simon J. Joseph at 12:14 PM
Email ThisBlogThis!Share to TwitterShare to FacebookShare to Pinterest

The Death of Jesus as a Political Conspiracy and Assassination 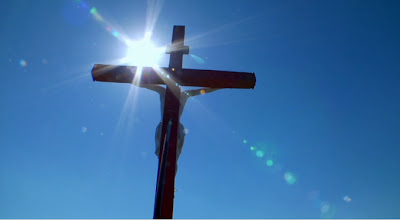 Politics, conspiracy, and assassination are not words typically associated with Jesus, but they are fitting descriptions of the circumstances surrounding Jesus’ arrest, trial, and crucifixion. Jesus was executed by the Roman state for the alleged crime of sedition or insurrection. The Gospels protest that Jesus was innocent of such charges and attribute the guilt for Jesus’ death to the political machinations of Jewish high priestly leaders. According to the Gospels, Jesus’ death was an assassination, “the murder of a prominent person or political figure by a surprise attack, usually for payment or political reasons, motivated by religious, ideological, or military motives.” Assassination is one of the oldest tools in power politics, as old as recorded human history.

It was also a conspiracy, an "agreement" between two or more persons to commit a crime or achieve some other secret goal. Conspiracies have common features including illegal or sinister aims, carefully orchestrated acts, and secret planning. That is, conspirators conspire. Unfortunately, the relatively neutral meaning of this term – which simply involves a secret agreement between two or more parties to perform an act – has picked up a derogatory meaning signifying a paranoid tendency to detect the influence of some malign covert entity orchestrating historical events. The term is now often used to dismiss historical claims that are considered to be too ridiculous, paranoid, unfounded, or irrational. Historians tend not to use the word, relegating it to theories which lack veracity. A conspiracy theory, in other words, is often thought to be illegitimate knowledge. If the desired goal of a conspiratorial assassination is to re-present the act as accidental by obscuring the real parties responsible, then Jesus’ death - the result of a conspiratorial alliance between the Jewish high priesthood and Pontius Pilate - seems to qualify. At least the authors of the Gospels seem to have thought so.

The Gospels portray the Jewish high priest – among other Jewish religious leaders – as secretly plotting Jesus’ death. Did the author of Mark invent this “conspiracy?” Or was Jesus’ death the result of an “institutional conspiracy” orchestrated in secret? The author of Mark presented Jesus’ death as part of a divine plan: the son of man must suffer and die at the hands of the religious leaders. This explained why Jesus died ("for our sins"), but did so by constructing a conspiratorial narrative that over-exaggerated a political conspiracy between the high priests into a full-blown drama involving all "The Jews" (Matt 27:25). Now Jesus' death was not just a political execution based on religious conflict, but a voluntary sacrifice for the sins “of many.” Jesus' death was a political assassination orchestrated by a small group of priests threatened by his authority and influence. It was then turned into a divine drama that set the Jews against Jesus, Jesus against Judaism, and Judaism vs. Christianity - all based on a tragic misunderstanding of history.