"Simon’s book argues—powerfully and persuasively—that first common-era century Judaism evoked both a violent and a non-violent Messianic option. Furthermore, that Jesus deliberately and self-consciously chose that latter alternative even unto martyrdom. After this book’s challenge, the debate is no longer the Jesus of History or the Christ of Faith. It is now whether, be it as Jesus in academy or Christ in church, that figure is one of violent or non-violent resistance to inequality, injustice, and oppression."

Posted by Simon J. Joseph at 3:55 PM
Email ThisBlogThis!Share to TwitterShare to FacebookShare to Pinterest 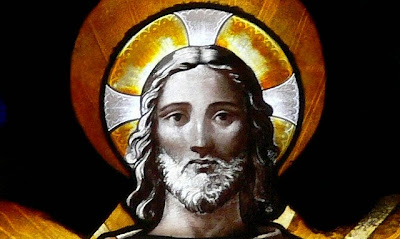 In recent years, the idea that Jesus was a myth invented by early Christians has become increasingly popular among skeptics and atheists. For many, Jesus-Mythicism serves as an effective tool in discrediting the cornerstone of what is perceived to be the very shaky edifice called “Christianity.” Yet despite the efforts of biblical scholars like Bart Ehrman, Maurice Casey, James McGrath, and others to challenge the Mythicist position, there seems to be no end in sight to the phenomenon.

It is not that skepticism does not have a valid role in Jesus Research. The problem is that Mythicism depends on problematic arguments that do not hold up under the scrutiny of critical analysis. For example, there is no compelling reason to think that we should have more evidence about Jesus preserved from antiquity. Jesus left no written records and was opposed by most of his contemporaries. We actually have pretty good evidence for Jesus considering that he did not have much of a public ministry.

Historians know that most of the ancient past is long gone, especially the early Christian past. Christianity was a sporadically persecuted sect for almost three hundred years. Most of its early history was either lost or destroyed. So we can neither assume nor assert that we should have more evidence from this remote period in time. To do so sets up an impossible standard of proof that can never be met, which is why it is such an easy position for Mythicists to adopt: it makes it virtually impossible to “prove” Jesus’ existence to them – no matter what kind of evidence is presented.

What also makes the Mythicist position untenable is that none of the positive evidence for Jesus' existence ever survives their acid baths of deconstruction. The problem is not skepticism. Without critical skepticism of the Christian tradition, modern science would never have progressed at all. But Mythicism takes skepticism to new heights. The Quest for the Historical Jesus isn’t rocket science, but it is based on the critical evaluation of historical sources. Historical-critical scholarship is an exercise in analytical skepticism: rendering critical judgments on the probabilities of past events using the tools of evidence, arguments, logic, and peer-review. According to the overwhelmingly vast majority of scholars who participate in this discussion, for example, the letters of Paul – written between c. 48 and 60 CE, with their references to Jesus’ human birth (“born of a woman”), Jewish ancestry, teachings (on divorce), crucifixion, family, and disciples – refer to a very real historical figure in very real time and space.

When it comes to Jesus, it is the cumulative weight of the evidence that convinces. This convergence of evidence – Josephus’ references to Jesus, the references in Paul’s letters, the embarrassing political and theological fact of Jesus’ crucifixion, the literary and theological trajectories of the Gospels, and the telling fact that the Mythicist position is never taken by any of the Jesus movement’s many enemies, whether Jewish, pagan, Roman, or Gnostic, throughtout late antiquity – is compelling. The historical question, therefore, is not whether Jesus existed, but why theological ideas and beliefs were added to the Jesus story.