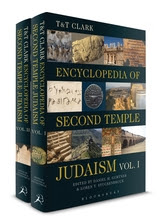 Honored to have been invited by Daniel Gurtner and Loren Stuckenbruck to contribute the Prayer of Joseph entry for the T & T Clark Encyclopedia of Second Temple Judaism!
Posted by Simon J. Joseph at 10:23 AM
Email ThisBlogThis!Share to TwitterShare to FacebookShare to Pinterest 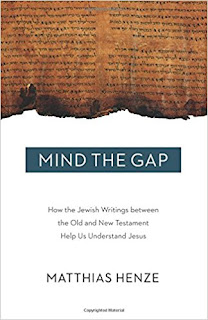 My review of Matthias Henze's Mind the Gap: How the Jewish Writings between the Old and New Testament Help Us Understand Jesus has just been published in Studies in Christian-Jewish Relations, the journal of the Council of Centers on Jewish-Christian Relations, published by Boston College and the Center for Christian-Jewish Learning.

The journal is open-access. Read the review online here.

Posted by Simon J. Joseph at 8:23 AM
Email ThisBlogThis!Share to TwitterShare to FacebookShare to Pinterest

Jesus Mysticism and A Course in Miracles 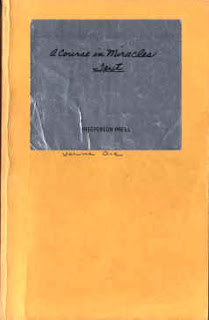 A paper I presented at the "Gnostic America: The Afterlives of Gnosticism in American Religion and Culture" conference at Rice University in March 2018 has just been published in Gnosis: The Journal for Gnostic Studies. The article is entitled "American Gnosis: Jesus Mysticism in A Course in Miracles," and expands on my previous study, "'Knowledge is Truth'': A Course in Miracles as Neo-Gnostic Scripture," which suggested that the Course reflects significant trends in contemporary Western religiosity, especially the quest for alternative forms of esoteric spiritual knowledge, authority, and experience in a nominally Christian or post-Christian Western world. Since its publication in 1976, A Course in Miracles - a book allegedly received from "Jesus" and "scribed" by Dr. Helen Schucman - a research psychologist at Columbia Medical Center in NYC - has not received that much attention from scholars of religion. There may be many reasons for this, but one is surely the Course's implicit claim that it comes from Jesus, a claim also key to its contemporary success.

Posted by Simon J. Joseph at 8:38 PM
Email ThisBlogThis!Share to TwitterShare to FacebookShare to Pinterest 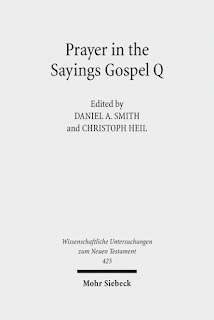 A paper I presented at the "Prayer in Q" Conference in Graz in 2017 has just been published by Mohr Siebeck. My article is entitled "The Promise of Providence and the Problem of the Parables: Revisiting Prayer in the Sayings Gospel Q" and explores the relationship between the Enochic Book of Parables and Q in light of Q's prayer texts.

Posted by Simon J. Joseph at 8:05 AM
Email ThisBlogThis!Share to TwitterShare to FacebookShare to Pinterest 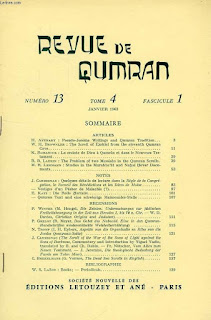 “informed, intelligible, and compelling …. a worthy contribution to discussions about the origins of Christianity. It displays a remarkable breadth of scholarship and a mind that has deeply reflected on a great number of issues. Furthermore, this book’s copious footnotes make it an excellent guide for further research.” 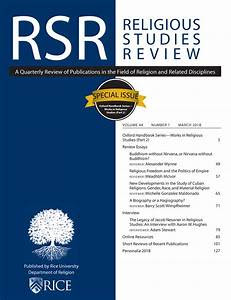 A new review of Jesus, the Essenes, and Christian Origins, in the Religious Studies Review:

“Since his first publications, Joseph has consistently advanced New Testament studies by merging the field’s cutting-edge scholarship (especially pertaining to Q and the historical Jesus) with the latest advances in the study of late second temple Judaism in a methodologically responsible framework. The present monograph, the author’s fourth one overall, marks the culmination of all that work. The book directly addresses pressing questions about the nature and extent of the apparent Essene-Christian relationship; and it does so with academic rigor, nuance, and confidence befitting one of the field’s leading scholars. Joseph puts forth a very sensible thesis: the movement behind the sectarian Dead Sea Scrolls stands in ideological and sociocultural proximity to formative Jewish Christianity, at least partly informing some of the latter’s theological and literary features … Joseph’s work is necessary, highlighting parallels that can scarcely be ignored and that demand further investigation. The monograph is expertly written, persuasively argued, and logically organized … Joseph’s writing style and ability to unpack complex points also makes it an ideal point of entry for graduate students in pertinent research fields … Joseph’s best work yet, an important contribution to the field, and required reading for anyone studying the New Testament in its Jewish environment.”

Olegs Andrejevs, Religious Studies Review
Posted by Simon J. Joseph at 9:38 AM
Email ThisBlogThis!Share to TwitterShare to FacebookShare to Pinterest

“The author is a lucid and expert guide through debated issues, having written extensively already in the area . . . the book as a whole is judicious, clearly argued and well documented.”

David Wenham, Journal for the Study of the New Testament
Posted by Simon J. Joseph at 11:18 AM
Email ThisBlogThis!Share to TwitterShare to FacebookShare to Pinterest 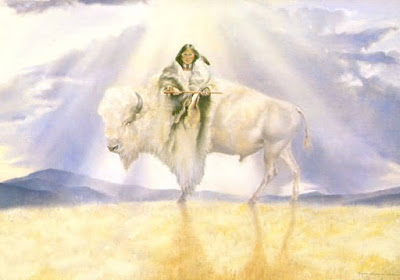 
Image: "The Gift of the Sacred Pipe" by Rogue Guirey Simpson
Posted by Simon J. Joseph at 9:16 AM
Email ThisBlogThis!Share to TwitterShare to FacebookShare to Pinterest 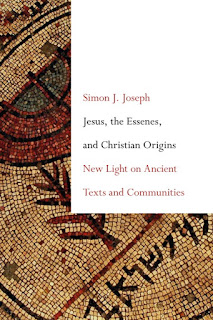 Posted by Simon J. Joseph at 3:35 PM
Email ThisBlogThis!Share to TwitterShare to FacebookShare to Pinterest

The Marginalized Vegetarian - in JJMJS! 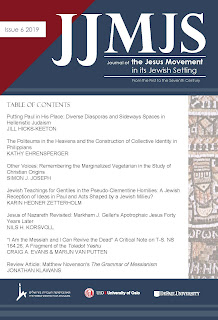 The Journal of the Jesus Movement in its Jewish Setting has just published my article, "Other Voices: Remembering the Marginalized Vegetarian in the Study of Christian Origins." The article can be read here. A few thoughts:

Most people associate vegetarianism with Eastern religions like Jainism, Hinduism, and Buddhism, but there are also ancient vegetarian traditions in Judaism and Christianity. These are not so well known, but a divinely mandated vegetarianism is embedded in the biblical narrative of Genesis and was further idealized by the prophet Isaiah. The first chapter of Genesis established the foundation of a covenantal and prophetic narrative envisioning the primordial purity of a nonviolent relationship between humanity and the animal kingdom. The loss and restoration of that purity became a major theme in Judaism.

Today this ancient discourse coexists in tension with the legislation of meat-eating and sacrifice inscribed in the Torah. The Torah prohibits inflicting suffering on animals and stresses compassion, a mandate reiterated in the Talmud. Yet the Torah also permits the consumption of meat. Moreover, the central religious institution of early Judaism was the sacrificial cult, where animal sacrifice and meat consumption were integral components of prayer, thanksgiving, worship, purification, and atonement.

My article argues that the vegetarian traditions in early Judaism and (Jewish) Christianity have been obscured and overshadowed by normative assumptions about the efficacy of Jewish sacrificial worship, the early Christian rejection of animal sacrifice, and a heresiological discourse that regarded vegetarianism as deviance, but that these "other voices" can still be heard, however faintly, in the ancient sources.
Posted by Simon J. Joseph at 6:25 PM
Email ThisBlogThis!Share to TwitterShare to FacebookShare to Pinterest 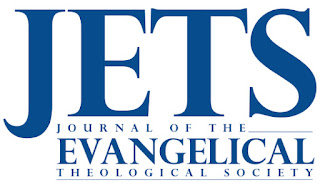 “Joseph ... displays an impressive knowledge of the secondary literature ... [and] argues here with impressive detail for halakhic intersections whereby the DSS may throw light on the historical Jesus ... Simon Joseph’s book is a good place to get up to date on the debates alluded to in the title. It is well written and solidly researched and deserves to have a voice in the continuing discussion.”

Michael O. Wise,
Journal of the Evangelical Theological Society
Posted by Simon J. Joseph at 11:08 AM
Email ThisBlogThis!Share to TwitterShare to FacebookShare to Pinterest 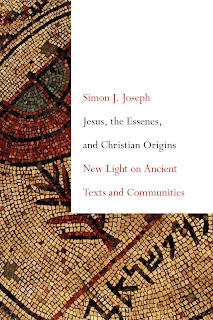 I was recently interviewed about my new book, Jesus, the Essenes, and Christian Origins, by Lora Nigro of 11th Story. You can read the interview here. Good questions!
Posted by Simon J. Joseph at 9:05 PM
Email ThisBlogThis!Share to TwitterShare to FacebookShare to Pinterest 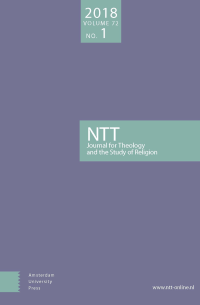 Happy to see a new review of my book, Jesus and the Temple, in JNTT Journal for Theology and the Study of Religion: “Joseph’s contribution on sacrifice and the different Jewish/Jewish-Christian positions in the first century is illuminating. . . This provoking and thorough study contributes greatly to studies on the historical Jesus.”