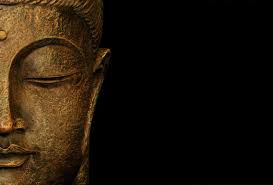 The word "Buddha" means "Enlightened One." Like "Christ" ("messiah") it is not a name, but a title. For centuries, scholars have wondered whether early Christians knew about or perhaps even incorporated Buddhist concepts in their writings about Jesus. As a missionary religion, Buddhism had been expanding westward for several centuries by the time of Jesus. The trade route known as the Silk Road connected Palestine, India, and China and a number of cities along the route had Buddhist populations in the first century. And the parallels between the lives and teachings of Jesus and the Buddha are striking, as the late Marcus J. Borg pointed out. Jesus and Buddha both taught nonviolence. Both initiated renewal movements. Both were exalted to divine status in the traditions that grew up around them. Both were teachers of wisdom. Both underwent "testing" prior to their public ministries. Both made enemies by their rejection of priestly authority. Both founded orders of disciples. And both taught non-attachment to the things of this world. Jesus and Buddha both seem to have taken up the lifestyle of a traveling spiritual master and the wandering, ascetic holy man travels from village to village teaching and giving advice. He has few possessions and depends on the voluntary contributions of the villagers for his food. Some wandering holy men gathered disciples who looked to them for spiritual instruction. What are we to make of these similarities?